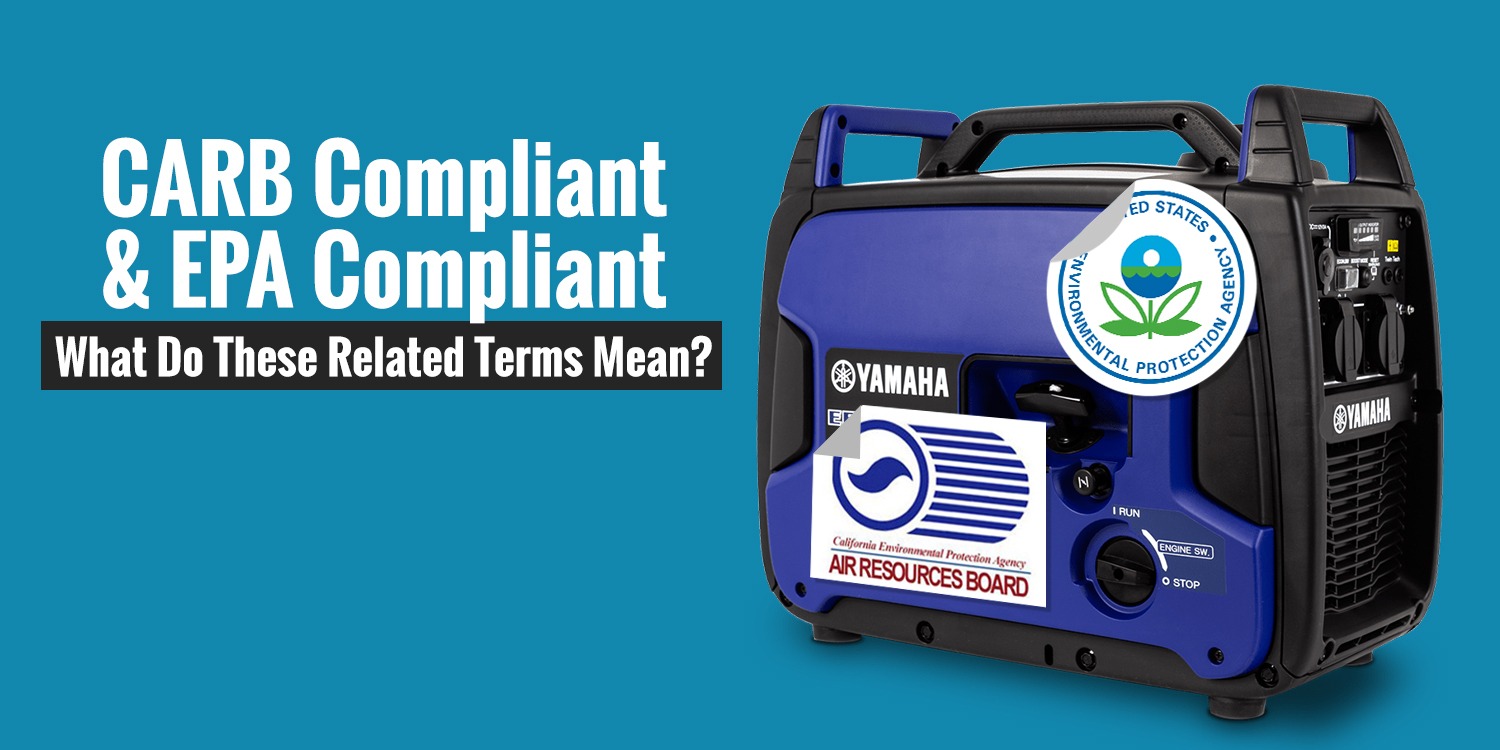 Have you ever considered it? What is the meaning of the terms ‘CARB compliant’ and ‘EPA compliant?’ Indeed, what differentiates these closely related terms?

In many countries, including the US, the authorities commonly endeavor to introduce laws regulating the amount of carbon, as well as other harmful emissions from engines and generators. In the US, both the state and national governments actively do this.

In the beginning, the government authorities made laws that mainly targeted vehicles driven on ordinary roads. Later on, in the 1990s, these regulations were expanded to cover smaller, off-the-road engines. These include portable power generators. Consider several factors when you go shopping for such machines.

Do not just think about the generator’s power generation capacity. Ask yourself whether your preferred machine is safe both for health and the environment. Keep in mind that a machine that has less than the acceptable standards of emission is likely to be a health risk to your family and the environment. In the US, two main bodies work to regulate these: The environmental Protection Agency (EPA) and the California Air Resources Board (CARB).

A History of the California Air Resources Board (CARB)

California was the first state in the USA to formally acknowledge that there was a need to legislate laws that would regulate the quality of air in the country. Thinking back,  in 1943, Los Angeles city was engulfed in heavy smog. Ultimately, this affected many residents’ health. Experts were convinced that the situation was a result of industrial activities associated with a factory located just outside the city.  This was a butadiene factory. Interestingly, even after this factory was shut down, there was no improvement in the quality of the air in the area. As a result, the Los Angeles County Air Pollution District was formed. The new organization’s duty was to identify and monitor air pollutants emanating from all industrial and power generation and plants.

Later still, in the 1950s, it was discovered that Nitrogen oxides and Hydrocarbons from internal combustion engines were the culprits in the menace of poor air quality in the California state. Caltech conducted this research. Subsequently, the Bureau of Air Sanitation was formed. It is California that also became the first state in the US to introduce the tailpipe emission standards.

The history of the California Air Resources Board dates back to 1967.  In 1970, the Federal authorities introduced the Federal Clean Air Act. The body was tasked with setting up standards for regulation of emissions in the entire USA. Significantly, this act recognized the earlier autonomy enjoyed by CARB. This was partly due to California's unique physical characteristics and its overall impact on the national control of air quality.

The CARB is, therefore, a California state agency that is responsible for all environmental protection issues, particularly matters of air pollution. The duties of CARB include regulation of air quality as well as cases of automobile pollution in the state.

What Does the Term ‘CARB Compliant’ Mean?

The term ‘CARB compliant refers to any generator that meets the standards of air pollution set by CARB. If you are using a CARB- compliant portable generator, you likely recognize that it runs much more efficiently and cleaner than generators that are not CARB-compliant. CARB-compliant generators are regarded as the most environmental-friendly and safest in the market. Why? The standards laid down by CARB are much stricter than those in other states. 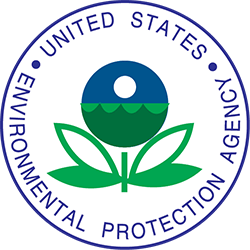 EPA, on the other hand, is the body that is usually responsible for all issues of air pollution in the USA. EPA is a Federal agency that was first established in 1970. Its purpose was to respond to the citizen’s growing concerns over the steadily deteriorating environmental situation. Such issues had become more prominent in the 1950s and 1960s.

In the initial stages, EPA was mainly focused on issues of preservation of the environment and improvement of public health by controlling pollution. EPA is further tasked with monitoring and controlling the production, distribution, and use of pollutants and other chemicals.

In more recent times, under President Obama, the duties of EPA were further expanded to include the task of carbon emission regulation. In this role, EPA was expected to regulate the power generated by factories, small engines, automobiles, and similar sources of air pollution. EPA officially set the standards governing pollution in the US.

What Differences Exist between CARB and EPA?

Both CARB and EPA share a lot in common. Regardless, CARB compliance is generally stricter than EPA. For this reason, a CARB compliant engine tends to be more attractive to the majority of people.  In California State, CARB compliance is practically mandatory. EPA compliance, on its part, covers all the other US states. Nevertheless, all the US states are expected to meet CARB or EPA rules, regulations, and standards.

Is CARB and EPA Compliance Important?

Yes, it is essential to meet the standards as set by CARB and EPA. Such regulations usually guide the manufacture of portable generators. There are several reasons why these regulations are essential. Consider these three:

CARB or EPA compliant generators are generally designed with the best possible components. Further, these components are designed to facilitate the production of the cleanest possible type of energy. As a bonus, they result in highly durable and most reliable quality generators. Such generators offer an excellent fuel-efficiency as well.

Air pollution is considered a severe environmental problem. It has a direct impact on human health, in particular, respiratory health. EPA and CARB work to ensure that generator emissions are always kept to the minimum. Thus, whenever you lose grid power, you don’t have to risk your health.

You will suffer a stiff fine if you are found using a generator that is not EPA- compliant (for other states) or CARB- compliant in California State. Moreover, you would be risking your own health.

It is evident that the next time you go out to buy a new generator, you should take a little time to ascertain that the specification sheet from the product manufacturer confirms that the engine is EPA or CARB compliant. Moreover, here is a piece of wise counsel: Even if you do not reside in California, it is advisable to go for a CARB-compliant generator.

You will never regret doing this.

My name is Alexey P. I was born in Poland but later moved to the USA in 1998. As a well-qualified and fairly experienced electrician, I love working with DIY projects. As a result of my professional training in the field of electrical engineering, I am well versed with the key elements of the trade. I am generally knowledgeable with all inspecting codes and important regulations governing electrical components and repair. I presently live in Dover, Delaware, USA. Want to know a little about my life outside work? It is no wonder. If you encounter any challenges with your portable generator while on that camping expedition, you can count on me to help deal with that decisively. I love life. I love people. And yes, I love generators, of course!

We will be happy to hear your thoughts

How to Easily Wire a Transfer Switch to Your Home

How to Charge Your Electric Vehicle Using a Portable Generator

How to Run a Portable Generator Safely Whether in Rain, Snow or Wet Weather

How to Change Oil in the Portable Generator